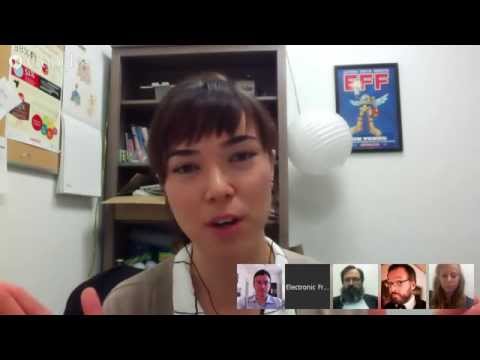 Regulations Applied To Cryptocurrencies Around The World

Cryptocurrency Regulations
Since the launch of Bitcoin in 2009, the economic revolution of cryptocurrencies has generated a stir in its demand, causing an increase in its popularity, therefore, increasing the transactions within the blockchain and the movements of crypto in the market. Consequently, many countries have had to implement laws and regulations to control crypto transactions within their jurisdiction, note that the blockchain are decentralized and do not respond to any public financial and legal entity, causing a lack of control over the transactions within the network.
Telos Blockchain, having governance and a specific and defined arbitration system, is governed by laws and regulations that prevent many illicit actions from becoming effective, this collaborates with the cause of the countries that are implementing new regulations, becoming the ideal platform.
As the demand for crypto increases, governments apply greater regulations at a global level, taking into account that cryptocurrencies are not backed by central banks, which is why many countries believe that there should be regulations that control this type of currency since it affects its local currency directly and indirectly; despite being an asset that can bring economic benefits to its users, it also lends itself to criminal actions through the network and the crypto. Any decision or economic announcement made in each country determines negatively or positively the behavior of the price of digital currencies.
The regulators aim to prevent illicit actions in exchange houses, such as, for example, money laundering, terrorism financing, scams, payments to the dark web among others; According to the DEA, 10% of transactions with cryptocurrencies are used for illegal activities. During an interview with Lilita Infante of the United States Drug Enforcement Administration (DEA), published in Bloomberg, five years ago the percentage of criminal activity in blockchain transactions was 90%, at present, this number represents 10%, which has become transactions for price speculation and not for other purposes.
In countries of the first world, governments have established regulations and laws that control the use of crypto assets. The regulations applied in China are not the same applied in the United States or Japan. Herein will be specified some regulations of countries where crypto have marked a trend.

Asia, is one of the continents where more transactions of cryptocurrencies are made, not all countries that constitute the continent have been receptive, but this is not the case in Japan; where there are regulations in the commercial exchange of cryptocurrencies. The amendment that approved the use of cryptocurrencies in the country took effect as of 2017; under the Payment Services Act, only exchanges with representatives that reside in Japan and have offices in the country registered as part of the Japanese financial services agency may legally operate in the exchange of digital currencies.
The National Tax Agency (Dec 2017), established that all income in cryptocurrency are classified as “miscellaneous income” and are added to the total amount of other income that a citizen has; the taxes are calculated from the total amount of the incomes and then they are taxed. Investors must pay taxes at rates that range from 15% to 55%.
Japan under the Act on Prevention of Transfer of Criminal Proceeds, exchanges are required to verify the identities of customers who open accounts, keep records of transactions and notify the authorities when a suspicious transaction is recognized. Following the loss of 400 million dollars in NEM tokens in one of the most used exchanges in Japan, Coincheck, the government of Japan, according to the Library of Congress,


“The local Finance Bureau ordered Coincheck to submit a report on the same day, examined it, and issued an order of business improvement on January 29, 2018. The following day the FSA requested all cryptocurrency exchange businesses to review their system-risk management plans and report the results to the FSA. On March 2, 2018, the FSA conducted an on-site inspection of Coincheck. On March 8, 2018, the local Finance Bureaus issued business-improvement orders to seven exchange businesses, again including Coincheck. A group of cryptocurrency exchange businesses publicized their decision to form a new self-regulating body on March 2, 2018, that all registered exchange businesses will join. The body aims to obtain authorization from the FSA under the Payment Services Act.”

In this country, both cryptocurrencies and exchange houses have been banned by the People’s Bank of China (PBOC), were completely eliminated in 2017, where 173 platforms were closed by 2018. Financial institutions cannot make any transactions with Bitcoin or another digital currency. In addition, they also banned ICOs and national currency exchanges. Additionally, as of January 2018, most of the crypto miners closed operations.

Unlike mainland China, there is a British ex-colony that in 1997 stopped being part of Britain and became part of the Chinese, but it was agreed that this region would be autonomous for half a century before Beijing takes full control over it. In other words, it is “one country, two systems”. This area called Hong Kong is governed by the same president of mainland China but does not comply with the same communist regulations. Unlike China, the cryptocurrencies are legal, currently, there is no legislation that regulates digital money, but they have an anti-crime organization which sanctions those who do not comply with requirements that stops cases of money laundering or fraud; Bitcoin is considered a virtual asset.
Crypto Legal Status 2019


Regulations In The USA

Currently, cryptocurrencies are not considered as legal tender, although their exchange is; the regulations will depend on the state and the federal authorities since each one has different concepts of cryptocurrencies.
The Financial Crimes Enforcement Network (FinCEN) considers that tokens are another value that replaces the local currency (Dollar), unlike the Internal Revenue Service (IRS) which establishes that cryptocurrencies are taxed as a property and not like a coin.
In 2015, 802 people declared and paid taxes on the cryptocurrencies profits, which means that users are evading these taxes; The IRS is apparently using a unique software that helps them locate those users who are evading taxes. This theory is promoted by Laura Walter, a certified public accountant and cryptocurrency tax specialist, who published on July 8, 2018, a document that apparently has been presented to IRS agents of the Criminal Investigation division. The document indicates that the IRS intends to serve the subpoenas to request from large technology companies (Apple, Google, Paypal among others) information on users’ download history and to confirm whether they have any application in their devices related to any cryptocurrency.
The United States is considered one of the countries with most transactions in LocalBitcoin, therefore, they have placed more regulations and laws when making this type of transactions. In 2018, the US Supreme Court debated the future of Bitcoin for the first time, and this and other cryptocurrencies are regulated under United States law.
The treasury of the United States classified in 2013, that Bitcoin is a “convertible decentralized virtual currency”. The Commodity Futures Trading Commission, CFTC, classified bitcoin as a “good or asset” in September 2015.
The US government has required all monetary service companies, such as, for example, exchanges, which carry out considerable transactions in the region, to meet several requirements:
• Register in the FinCEN.
• Design an anti-money laundering (AML) program.
• Maintain record and make reports in case of suspicious activity (SAR). US FinCEN receives 1,500 SARs per month.
• Make and deliver reports of digital currency transactions (CTR).

Currently, cryptocurrencies are not considered as legal tender, although their exchange is, depending on the province. Since 2013, the Canada Revenue Agency has taxed the cryptocurrency transactions depending on the type of activity. Canada was one of the first countries to draw up cryptocurrency legislation, which designated exchanges as “money service businesses,” where they have to follow with anti-money laundering and know-your-client requirements among others.


Regulations In The European Union

Cryptocurrencies are legal, depending on the country the regulations will change. Exchange houses are currently not regulated at the regional level. In some cases, the exchanges have to register with the regulators of each country, where they grant these companies authorizations to operate legally within the jurisdiction of each country. In addition, each jurisdiction has different tax systems, which charge citizen’s taxes from the profits of the purchase and sale of cryptocurrency that ranges from 0% -50%.

Consequently to the economic collapses that many developing countries have been through, there is a need for a stable economic structure that is not easily influenced by its environment. The blockchain has provided solutions to this need and many users from all over the world have had to resort to this economic model, as, for example, Third World countries, which suffer inflation, exchange controls, economic regulations by their governments, among other problems. Telos Blockchain has come to give an economical alternative to the user for the best management of their assets and their patrimony with a reliable and safe model, unlike other blockchains that have fallen into fraud, scams, money laundering among others, many countries have taken action on the matter and have placed regulations and laws that control possible security flaws in this model, such as unlawful acts.

Senator Tom Carper of Delaware asked the Law Library of Congress to assess the state of Bitcoin around the world. According to the US Library of Congress, “in January 2018, China’s Leading Group of Internet Financial Risks Remediation reportedly requested that local governments remove existing ... It says many bitcoin investors didn’t realize that the IRS will tax their profits as […] Investing in Digital Cryptocurrencies is Still Not Safe. January 29, 2018. Digital currencies, also known as cryptocurrencies, try to present themselves as alternatives to government-issued currencies and gold. But they have several hurdles to clear, and one of them is that the currencies might not be ... Bitcoin had previously failed to close above $13,000 every day since Jan. 15, 2018. Bitcoin.Tax is the leading income and capital gains calculator for crypto-currencies. You import your data and we take care of the calculations for you. We offer a variety of easy ways to import your trading data, your income data, your spending data, and more. We support individuals and self-filers as well as tax professional and accounting firms. Anyone can calculate their crypto-currency ...

Bitcoin and cryptocurrency news - Is Ethereum going to see a major price reversal? SEC hits Elon Musk and congress finally gets bribed to stand up for crypto industry. Facebook hack underlines ... Sunday Law News Report Doug Batchelor - Duration: 41:26. 3am Recommended for you. 41:26. Library of Congress in 1968 Computer Automation, a ... Calculate Your Crypto Taxes And File Your Return At Token Tax Use Coupon Code: DAI10 And Get 10% Off https://bit.ly/30HoJOw Watch My Interview With TokenTax Founder Here: https://youtu.be ... Hofstra Law Library 180 views. 14:31. Exploring the Library of Congress Website - Duration: 3:36. Library of Congress Recommended for you. 3:36. Watch in 360 the inside of a nuclear reactor from ... This video is fair use under U.S. copyright law because it is transformative in nature, uses no more of the original than necessary, and has no negative effect on the market for the original work ...